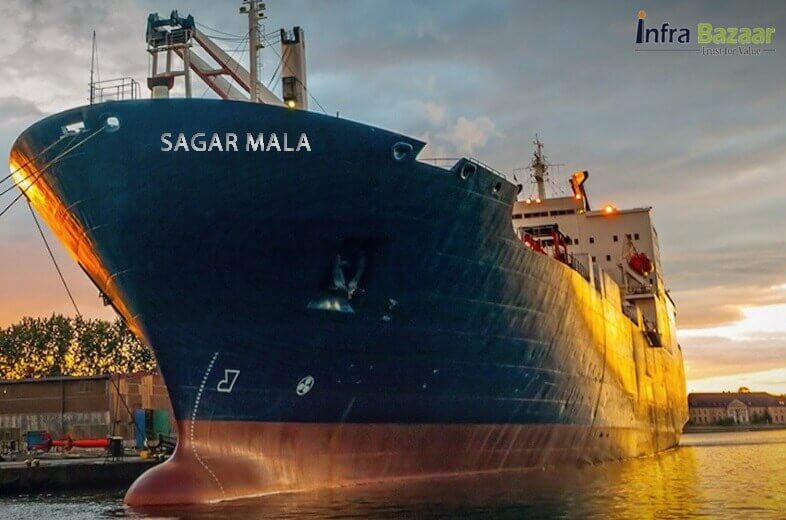 Maritime transport is a critical infrastructure for the social and economic development of a country. Ministry of Shipping is entrusted with the responsibility of formulating policies and programs for the shipping and ports sector. Tariff Authority for Major Ports (TAMP), constituted in April 1997, is an independent Authority which regulates all tariffs, both vessel and cargo related, and rates for the lease of properties in respect of major port trusts and the private operators in major ports.

India has a coastline of 7,517 km served by 13 major ports and about 200 notified non-major ports along the coastline and sea-islands. Major ports fall under the jurisdiction of Ministry of Shipping.

India’s total external trade is estimated to have grown to USD765 billion in FY14, implying a CAGR of 14.9 percent since FY06. The Ports handle over 95 percent of the country’s total international trade volume and around 70 percent of total trade value, thus, rising trade is contributing significantly to cargo traffic.

The Ministry of Shipping has formulated a Perspective Plan for development of the Maritime Sector, namely, The Maritime Agenda (2010-2020). This Plan has estimated the traffic projections and capacity additions at the ports up to the year 2020. Based on the estimated growth, it has projected capacity of 3,130 MT by 2019-20.

Converting 12 public port trusts in India into corporations under the Companies Act is expected to bring in greater efficiencies in operations and raise funds for growth.

Sagar Mala aims to develop Ports, hinterland and efficient evacuation through road, rail, and inland and coastal waterways resulting in Ports becoming the drivers of economic activity in coastal areas. A strategic customer-oriented initiative of Sagar Mala aims to evolve a model of port-led development whereby India’s long coastline will become the gateway to India’s prosperity. It envisages transforming the existing Ports into modern world-class Ports on one hand and developing a new world-class port on the other hand.