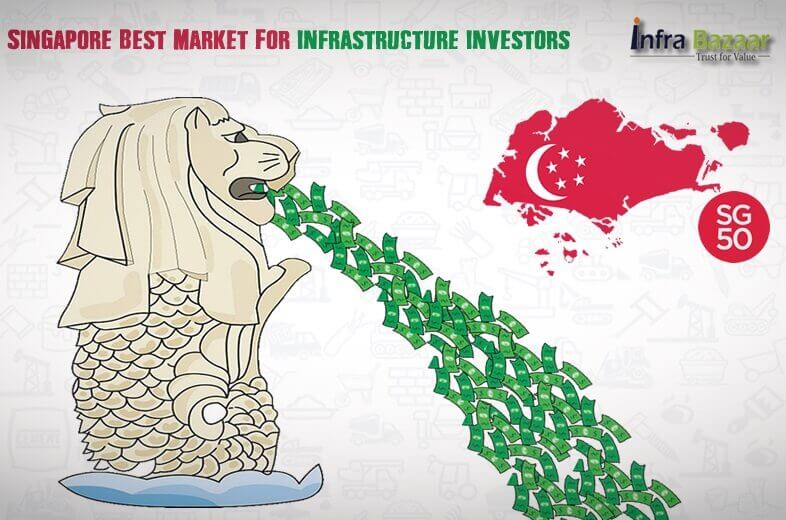 Come 9th of august and Singapore would celebrate its 50th Birthday. Republic of Singapore is a modern city-state and island country in Southeast Asia. It lies towards the southern tip of the Malay Peninsula and 137 kilometers (85 mi) north of the equator.

It will be a historic year and this would be a milestone for Singapore’s people.

According to the expert’s analysis Singapore’s construction sector can expect a growth of over 8.8% in coming years. Today the country boasts of an excellent public transport system, praised for its safety, quality of service, and punctuality.

After gaining independence, Singapore maintained its status as an important regional transport hub. Its seaport is believed to be one of the world's busiest ports with 140,922 vessels making up shipping, with total container traffic of 15.14 million. It also has one of the largest commercial shipping registers in the world. Its merchant marine included 891 ships and Singapore also houses the third-largest oil refinery in the world.

According to the Arcadis global design and consultancy firm, top ten most attractive countries of infrastructure and sweet spots for investment in 2015 are:

This Committee, has planned to engage the partners with various respective sectors and to develop the programmers to support the SG50 Celebrations with further supported by five sub-committees, The Committees will focus on encouraging active participation and involvement in SG50: Here the following committees are:

50 (SG50) Steering Committee has been formed to guide and organize the plans for the 50th anniversary celebrations. The Singapore Education Minister Heng Swee Keat is being led this committee includes government, private, public sectors.

The Singapore Education Minister Mr. Heng said, “We want the 2015 calendar to be wide ranging so that is caters to different segments of society. This program covers a calendar year, with complete events spread across the months. Both large scale and small scale national events which attracts mass participation and corporate people, we hope every person should able to find something appealing and meaningful celebrate Singapore’s Golden Jubilee as one people”.