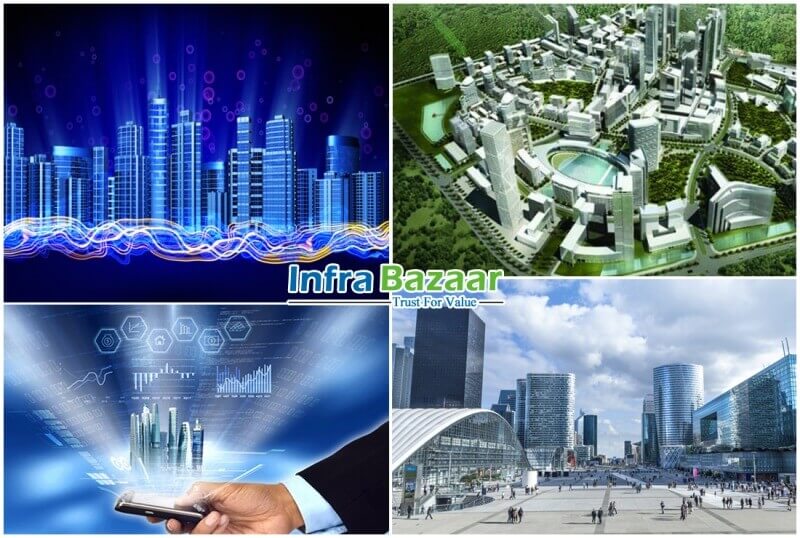 Can you imagine a life where everyone, rich or poor enjoys all the facilities of city and technology hovering cities which everyone can employ it? Is it really possible to construct cities that welcome rich and poor and that too with open arms? But the proliferate pressure on urban land due to increasing migration of crowd from rural areas to urban cities tend to make us such plan of constructing cities with complete facilities. Finally and thankfully the government of India realized that the administration needs to do something for cities. The newly elected NDA government led by PM Modi has announced to construct 100 smart cities which are quite impressive. This plan of creating smart cities is one of the very strong steps in strengthening the infrastructure and also a very good usage of technology.

Gandhi said that ‘the soul of India’ lives in its villages but he never imposed any restrictions on the growth and development of city. This progress often enthrall the rural crowd toward city as smart city provide innovation, funds, human capital, safety, justice and many more things that go into human progress. With the increasing migration from rural to urban areas and so, it became very important to construct cities that welcome and provide services to both rich and poor. With the announcement of 100 smart cities every one of us hoping a huge development in country’s infrastructure but did anyone know what will be the picture of India once this model will be ready. It will be a miraculous India but before it is necessary to be aware how much hard work is required for this dream India.

Smart city, a modern term to describe about a city constructed with technology and rich in infrastructure. Well, it is very important to understand what the meaning of smart city is. In simple words, we can say that it is a city in an urban region that is highly advanced in terms of overall infrastructure, sustainable real estate, communications and market viability. It is a city where information technology is the main infrastructure and it is the one and only basis to provide essential services to the inhabitants. It is a city where information technology is the predominant infrastructure and the foundation for providing essential services to residents. Government has taken initiative to provide city with all services and can cope up with the challenges of urban living and also be the magnets for investment. Cities like Ahmedabad can be vivid example for smart city.

But we should always remember that nothing is free from challenges and hence the same goes with this initiative of government of constructing smart cities. Especially in India, life is too challenging and constructing such an ambitious project is a tough nut to crack. But what is the fun of life without any challenges; it is a part of day to day life. Lacks of infrastructure and user friendly technology are two major hurdles in this project. In India still people are not well equipped with the technical knowhow. They are not even aware with the usage of simple technology. This unawareness is much greater in the rural crowd. Hence it is very important to create awareness among people regarding technology especially primitive things so that every individual should know the technical knowledge. Well it is difficult but not impossible as for this it is important to increase awareness, literacy and realization that technology is a man-made gift to this world and everyone should know how to employ it as well as enjoy it. This work is difficult and rigorous attempts are required but we should embark our journey toward smart life as we all deserve it. With the majority government in the center we hope that decision will be concrete and whatever is promised by the government will be fulfilled. The initiative of constructing smart cities is challenging and a daring one but it is very important as we all deserve a good and smart life.