Steel Supply and Demand in India 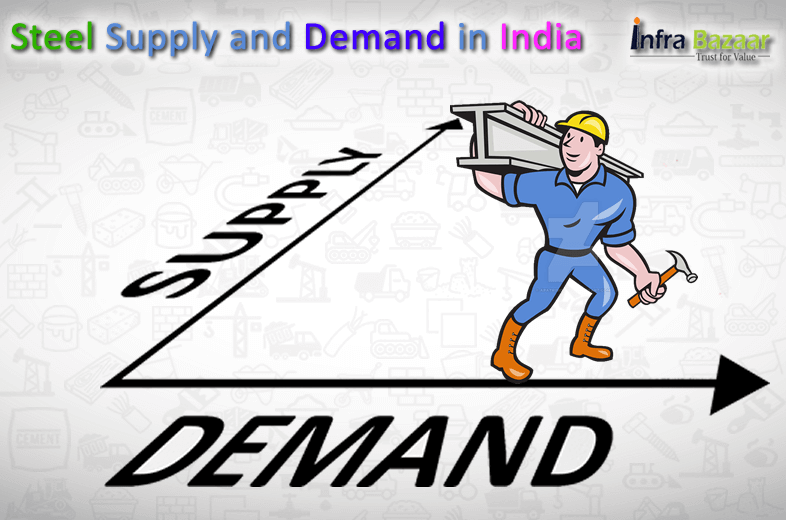 India’s Steel supply and demand is expected to grow about 5-6% in 2015 and the compound annual growth rate (CAGR) would touch 15% by fiscal year 2017.  Indian is posed to emerge as the second largest steel consuming market after China during fiscal years 15-20.

By the end of this fiscal year India would lead the steel and iron imports in the global market. It is also noticed that iron and steel import shipments would increase to 4.1 million tons (mt) from 1.9 million tons (mt), about 117% jump when compared to last three years. With expectations running high from the new government, the projects which were delayed or were slowing down suddenly are now trying to catch up with time. This is causing rush to complete the delayed flagship projects of government. These include industrial corridors where intensive growth is expected which will take India to the path of progress by end of this year.

The steel market has been dominated by China, accounting for half of the global market. China is fastest and largest consumer and producer of steel. It will remain in the leading position as forecasted. India is trailing at the second position and followed by Taiwan, Iran, Japan, Mexico and South Korea. These countries are exhibiting strong growth in terms of steel consumption and production.  The demand of steel over the next decade will mainly depend on the emerging economies. However, globally steel economic condition will remain tentative and challenging.

The Government has taken liberalization of industrial policy and other initiatives to grow this market. With a definite plan and purpose Govt. is trying to stabilize steel demands by making the private sector participate and produce. While the existing section is being expanded or modernized a large number of new steel plants have come up in different parts of the country based on latest cost effective and state of art technologies. In the last few years, the demand of steel is stable but growing rapidly as compared to other industries. Domestic entrepreneurs are all setting up fresh green field projects in different states of the country.

According to the Steel Industry business experts, “As the Indian government is focusing on ramping up infrastructure and planned programs to develop roads, ports and affordable housing, further steel consumption will surge by the end of 2016.”