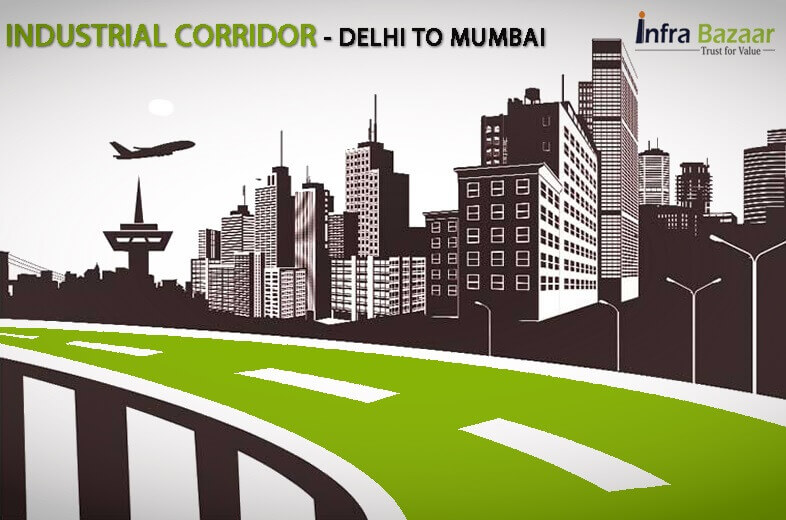 An industrial corridor is being built from Delhi to Mumbai which is expected to contribute more than 25% of India's GDP. With 2 power plants, 24 smart cities, 23 industrial hubs, 6 airports, 2 ports and a 6 lane expressway stretching 1,500 km being built, it will be the world's largest infrastructural project. Starting from the outskirts Delhi and ending in Mumbai, the Delhi-Mumbai industrial corridor has been inspired by Japan's Tokyo-Osaka industrial corridor.

The DMIC Development Corporation will not only raise and allocate funds but also do liaison between the Centre and six states on all matters relating to the execution of the project. The land for the project will be acquired by the respective state governments and the DMIC will pay for it.

The government of India would own 49% stake in the project, the Japan Bank for International Co-operation 26% and other government-owned financial institutions share the remaining 25% equity. Even though the government owns the largest chunk of shares, the DMICDC is deemed to be a private company.

The whole project is estimated to cost $100 billion. Of this, $4.5 billion is being initially funded by the Japanese government as a loan for a period of 40 years at a nominal interest of 0.1%. On its part, the Indian government earmarked an initial sum of Rs 12 billion in the union budget presented in February. This will be used to build trunk infrastructure – non-profit-making but essential needs like sewage pipes, water supply and roads. The remaining 90% of the funds will come from private players.

Outside the government, there are fears that in order to get private players to fund a chunk of the projects, the government might end up diluting existing rules. For instance, each smart city along the DMIC will be overseen by a separate Special Purpose Vehicle – a body of bureaucrats and private companies – that will govern the city under Article 243Q of the Constitution. The article which provides for governing bodies in industrial areas which need not be elected as municipalities was earlier used to set up Special Economic Zones.

This could mean a CEO-mayor with specified powers would be in charge of each city. Activists say this would amount to a suspension of municipalities and Gram Panchayat, which are elected bodies. More real and immediate are the concerns of local people who fear that they will lose their land and livelihoods to the project. Many people living along its length are not convinced that the industrial corridor will actually bring the millions of jobs that the government promises. The project could also end up further straining existing water resources and hamper agriculture.