Sustainable Renewable Energy Sources in India and it's Status in 2017. 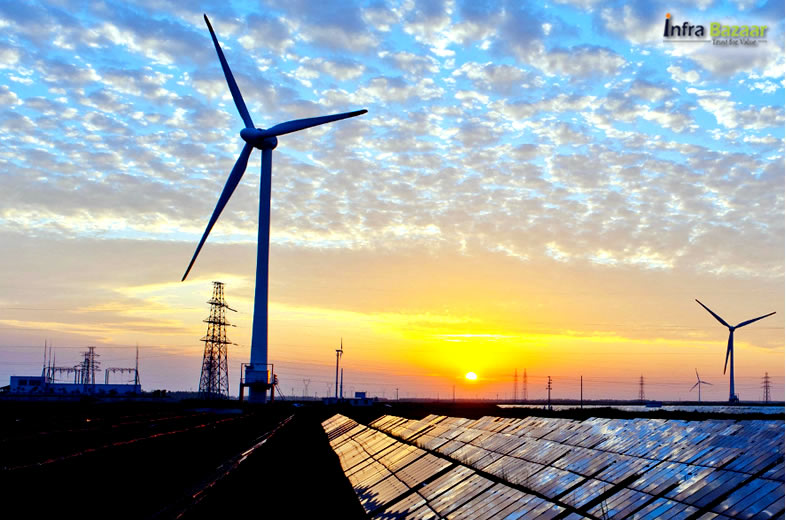 Over the years there has been significant progress and focus in the renewable energy sector in India. India has emerged as a significant player in the power generation capacity globally. Energy and power are crucial components for the economic growth and welfare of nations. To attain sustainable growth, the development of renewable energy is essential which in turn will also help the economy move forward.

India’s power sector is extremely diversified as the sources of power generation ranges from conventional sources such as natural gas, oil, hydro, coal, lignite and nuclear power to nonconventional sources like wind, solar, agricultural and domestic waste. With the growing demand for electricity in India, there will also be the growth of viable non-conventional mode of generating electricity. In order to meet this increasing demand for energy and electricity massive addition of power generating, facilities must be installed in the country.

There has been a lot of impact on Indian economy due to the surge in demand for renewable energy during the last five years. There have been quite some changes in the framework and policies pertaining to renewable energy mainly on Solar energy and Wind energy sectors. Government is working out ambitious plans to increase the contribution of these sectors so that they provide enough contribution to the total energy output. Today India ranks third among 40 countries in Renewable Energy Country Attractiveness Index 2016, with a strong push by the government on promoting renewable energy in India.

Ø    With the ultimate aim of making solar energy compete with fossil-based energy, the National Solar Mission aims to promote the development and use of solar energy for power generation and other uses.

Ø  Through long-term policy, large-scale deployment goals, aggressive R&D and the domestic production of critical raw materials, components, and products, the National Solar Mission has set a goal to reduce the cost of solar power generation in the country.

Ø   The Indian Renewable Energy Development Agency (IREDA) which is a dedicated financial institution is helping with the required push for promotion, development, and extension of financial assistance for renewable energy and energy efficiency/conservation projects. The government has also created a liberal environment for foreign investment in renewable energy projects.

Ø   As the prices of solar modules have declined by almost 80% since 2008, renewable energy is becoming increasingly cost-competitive as compared to fossil fuel-based generation.

Ø    Reserve Bank of India (RBI) has revised the guidelines for all scheduled commercial banks including renewable energy in the categories priority sector, in addition to existing categories making significant inroads for renewable energy in the priority sector lending, also bank loans for solar rooftop systems to be treated as a part of home loan/ home improvement loan with subsequent tax benefits.