The Pioneers in Steel Manufacturing 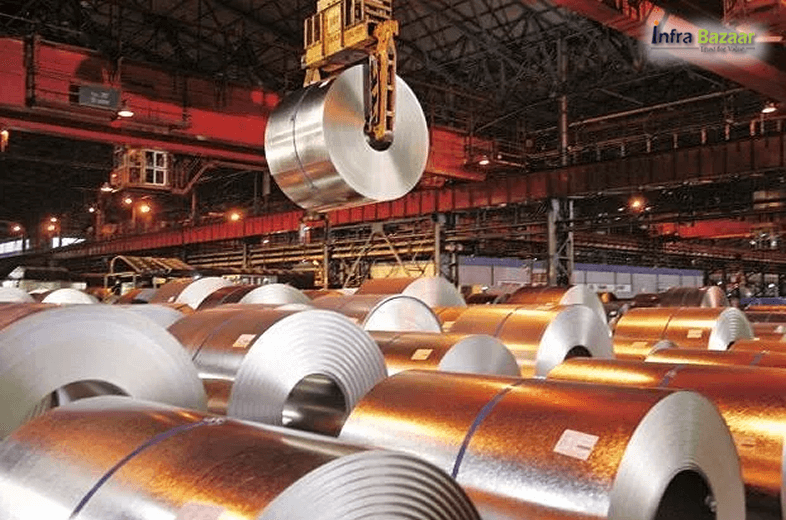 Steel Manufacturing industry in India is witnessing rapid growth. The usage of steel, a sought-after material for any infrastructure, is high.   The infrastructure projects are increasingly showing an encouraging growth, and the focus is on growth. Here is a huge challenge for the steel manufacturing industry to meet the demand and supply with the best technology.  An issue here is the high cost of maintenance and other operational costs.

Steel has been controlling the world as it is used in bridges, cars, energy, tools, cutlery, in cookware and in many things of daily life. The material is amenable, solid and is a unique basic material.

The steel sector is a major contributor to India’s manufacturing output. India is the world’s third-largest steel producer in 2016. The growth is driven by the domestic availability of raw materials such as iron ore and cost-effective labour. Indian steel industry is modern and has state-of-the-art steel mills. It strives for continuous modernization and up-gradation and aims for higher energy efficiency levels.

There are several top plants and we discuss a few.

Located near Vishakhapatnam, Andhra Pradesh Rashtriya Ispat Nigam Limited a Government of India Enterprise, it was founded in 1982. Having best infrastructure in the country it has the annual capacity of 6.3 Million Tonnes of steel.  It follows all safety and quality and environment safety norms and has a Climate action Plan of World Steel Organization. It is a Navratna Company by Government of India and is known for its quality steel organizational efficiency.

Established in 1907, Headquartered in Mumbai the next name is Tata Steel which is world's 11th largest and India's second largest steel producer. It has the largest state of the art manufacturing unit at Jamshedpur.  It has gained recognition across the country as well as in the world. It has an annual crude steel capacity of 25.3 million tonnes having an annual production capacity of around 9.7 million tonnes after SAIL. It employs 82,000 people, and was incepted and introduced by Jamshedji Tata. It has received many awards and is regarded as World's most ethical company under the metals category.

Founded in 1982 JSW Steel is known for innovative products and technology, and in-house ultra modern R&D facility.  it is a leading private sector steel producing company with an installed annual capacity of 14.3 MTPA. They have plants located at Vijayanagar - Karnataka, Salem - Tamil Nadu, and Vasind, Kalmeshwar, Tarapur and Dolvi in Maharashtra. It is reckoned as one of the country's fastest growing and emerging firms and has a footprint in 140 nations. It offers a large array of products, of top-notch quality and durability.

The next notable is Steel Authority of India Limited. SAIL, a public sector company, was established in 1954, SAIL is, owned largely by Government of India. It has 8 steel manufacturing plants and 1 Ferro Alloy manufacturing plant located at Salem, Bhilai, Rourkela, Bhadravathi, Durgapur, Burnpur and Bokaro. Their annual production is 13.9 million metric tons.

Tata Steel has signed an agreement to purchase a majority 51 percent stake in Creative Port Development (CPDPL), which has a concession agreement with the Odisha government to develop a 10 million-tonnes-per-annum Subarnarekha port in Balasore Odisha.

Tidmore Heavy Equipment Group, of China, is looking to enter the Indian market by signing an investment agreement worth US$ 150 million with Uttam Galva Metallics, to expand its Wardha unit.

ArcelorMittal SA is looking to set up a joint venture in India with state-owned Steel Authority of India Ltd, to manufacture high-end steel products which could be used in defence and satellite industries.

JSW Group plans to invest around Rs 10,000 crore at Salboni in West Bengal to set up 1,320 Megawatt (MW) coal-based power plant, 4.8 million tonne cement plant and paints factory over a period of next five to seven years.

National Mineral Development Corporation plans to invest Rs 40,000 crore in the future to achieve mining capacity of 75 Million Tonnes Per Annum by FY2018-19 and 100 MTPA by FY2021-22, compared to 48 MTPA current capacity.

Posco Korea has signed an agreement with Shree Uttam Steel and Power to set up a steel plant at Satarda in Maharashtra.

ArcelorMittal has agreed on a JV with Steel Authority of India Ltd to set up an automotive steel manufacturing facility.

Iran has evinced interest in strengthening ties with India in the steel and mines sector.

NMDC will set up a greenfield 3-million tonne per annum steel mill in Karnataka jointly with the state government at an estimated investment of Rs 18,000 crore.

JSW Steel has announced to add capacity to its plant in Karnataka.

With these positive developments, there is much in this sector and it is sure to grow for many more years.

For procurement of high qulity steel and construction equipment please visit our website http://www.infrabazaar.com or Flow our Facebook page business.facebook.com.