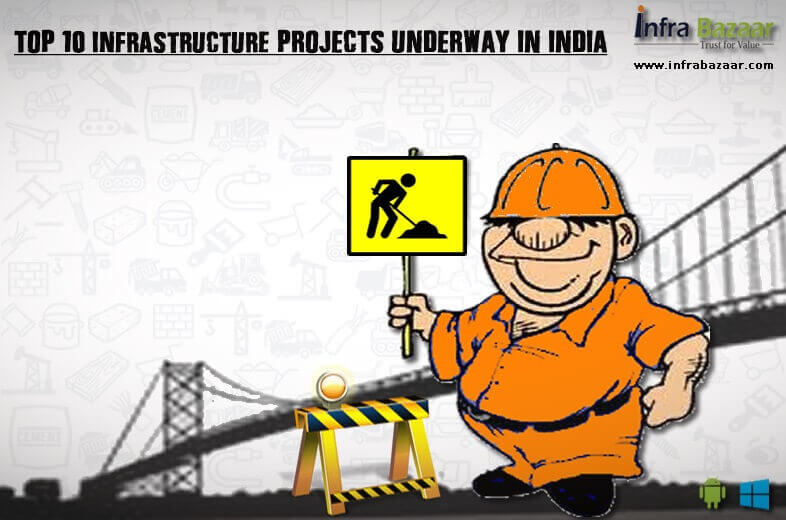 1. Narmada Valley Development Project: Narmada Valley Development Project with an estimated cost of $30 billion is the single largest river development scheme in the country with over 3,000 dams slated to be built on the Narmada River in Central India. It is one of the largest hydroelectric projects in the world and stands to displace approximately 1.5 million people across three states (Gujarat, Maharashtra, and Madhya Pradesh).

2. Dibang Hydropower Project: Dibang Hydropower Project with an estimated cost of $2.5 billion is a 3,000 megawatt power project planned in the ecologically fragile region of Arunachal Pradesh, north-east of India. The proposed dam on the Dibang River is a major tributary of the Brahmaputra rive, close to the border of China, will be India’s largest and one of the world’s tallest dams.

3. Viraat Ramayan Mandir: Viraat Ramayan Mandir with an estimated budget of $78 million is expected to be completed by 2023. The proposed temple will be 116 meters tall with 18 spires spread across 809,371 sq. m of land. It is planned in the East Champaran district of Bihar and owned by the private Mahavir Mandir Trust.

4. Chenab River Railway Bridge: Chenab River Railway Bridge at an estimated cost of $92 million is expected to complete by 2019, it will be the highest railway bridge in the world, over river Chenab, 359 meters above the river bed in Katra, Jammu-Kashmir. The 1.3km-long bridge is a part of the 73km-long Katra-Dharam section of the Udhampur-Srinagar-Baramulla Rail Link (USBRL) project.

5. Hyderabad Metro: Hyderabad Metro pegged at $2.1 billion comprises 72km of elevated track with stations every one kilometer, is expected to provide daily transport to up to1.7 million commuters in the commercial hub of newly formed Telangana State by 2017.

7. SmartCity, Kochi: SmartCity, Kochi with estimated budget at $1 billion, spread over 820, 000 sq. m in the Kakkanad District in Kochi, Southern India is the first SmartCity project in India and second in the world by the Tecom Investments group. First phase of project is expected to complete by 2020.

8. Gujarat International Finance Tec-City (GIFT): Gujarat International Finance Tec-City (GIFT Smart City) with an estimated budget of $20 billion will be built on 3.59 sq. km of land. It is being built with assistance from France's La Défense, Tokyo's Shinjuku and Britain’s London Docklands. It is expected to complete by 2018.

10. National Highways Development Project (NHDP): National Highways Development Project (NHDP) is an initiative to upgrade, rehabilitate and widen major highways in India. It is being carried out in seven phases over 45, 000km of highways. The Government of India has taken various loans from the World Bank ($ 1,965m), Asian Development Bank ($ 1,605m) and the Japan Bank for International Cooperation ($261m) for financing the projects under NHDP.