Top 10 Most Promising construction and infrastructure Giants in Global - 2018 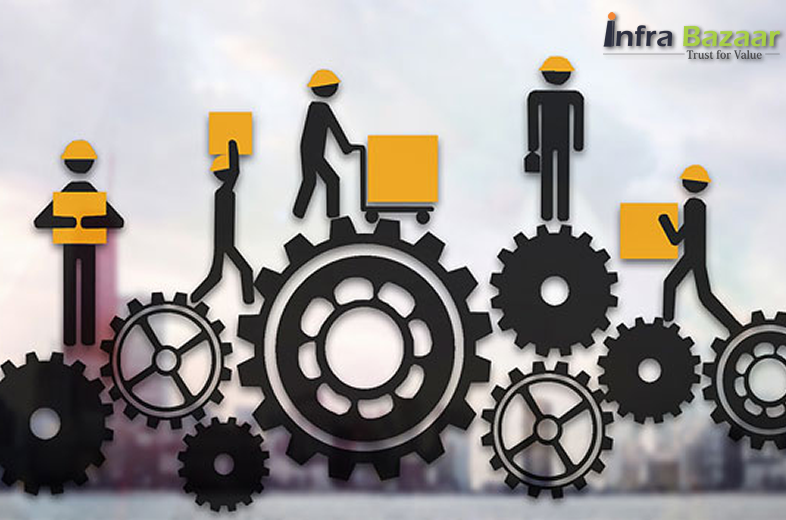 The Indian Construction and Infrastructure Sector have evolved and moved out of their nascent stages. For the past few decades, several private developers and government bodies were targeting the projects which were easy to execute. The projects also yielded maximum economic benefit. In the process, they have not picked up difficult projects and hence they are not equipped enough to take up large and complex projects.

1   Vinci
Vinci is a 115-year-old French construction giant. It has the largest revenues by any privately-owned construction company in the world. They have aggregated the position by several mergers and accusations. They have undertaken mammoth large-scale infrastructure projects like the Gariep Dam in South Africa. Stade de France football stadium built for the 1998 football World Cup etc.  The Group currently employs more than 183,000 people worldwide.

Grupo ACS is a Spanish contractor who started the business in 1997 through the merger of two other construction companies. It has grown through several high-profile mergers and acquisitions including that of Hochtief. They have added several marquee projects like Torre de Cristal and Torre Espacio skyscrapers in its home country and Alqueva Dam in Portugal to its name.

Bechtel is the largest US contractor who has worked on such high-profile projects like the Hoover Dam which was completed way back in 1936. They have also completed complex projects like the Trans-Alaska Pipeline system in the ‘70s and more recently the ‘Big Dig’ Central Artery project finished in 2007. The company employs more than 53,000 people around the world.

Grupo ACS owns a majority of share in Hochtief of around 50.16 percent since 2011. This German company operates in the US through its Turner subsidiary. It also holds shares in an Australia company named CIMIC Group. Hochtief boasts of employing around 80,000 people worldwide while celebrating its 140th anniversary this year. Some of the major accomplishments are transplantation of the Abu Simbel rock temples in Egypt and infrastructure projects like the new Athens International Airport.

Skanska is a Swedish giant involved in the construction of several multinational projects. They have operations in residential, commercial, residential and infrastructure sectors. They are famous for constructing the Meadowland Sports Complex in the USA, home to the NFL’s New York Jets and Giants. Skanska employs more than 50,000 people worldwide.

Balfour Beatty is a multinational company founded in 1909 by George Balfour and Andrew Beatty. It is headquartered in London. The company is currently an integral part of the Crossrail project in London the capital of UK. It has operations in more than 80 countries around the world and employs around 40,000 people.

Bouygues Construction is a French multinational company that boasts of employing more than 130,000 people in 80 different countries. In the mid-1990s, they diversified into other businesses like telecoms, which later became another major revenue stream. They have a subsidiary company named Colas Group, which specializes in road construction and rail track construction.

Kiewit is a Nebraska-based construction company. It has a unique feature. The company is owned by its employees, which means almost all its projects are staffed by shareholders. The company was ranked 3rd in Engineering News-Record’s Top 400 Contractors of 2013.

Royal BAM Group was founded in 1886 in Holland. The company boasts of several marquee projects like building the Ajax football club’s Amsterdam Arena in its home country Netherlands in 1996. BAM name is derived from Bataafsche Aanneming Maatschappij, which when translated means Batavian Construction Company for Construction and Concrete Projects. They employ around 27,000 people worldwide.

Laing O’Rourke is a British-based company. It is young when compared to some of its counterparts. However, they have expanded rapidly during last few years and currently, they are working on several high-profile projects. Some of the large projects they are associated with are Ascot Racecourse and Heathrow Airport Terminal 5 in Britain. Another major overseas project they are associated with is the huge Al Raha beach development project in Abu Dhabi.

For procurement of new and Used Heavy machines equipment please visit our website www.infrabazaar.com or Flow our Facebook page business.facebook.com.