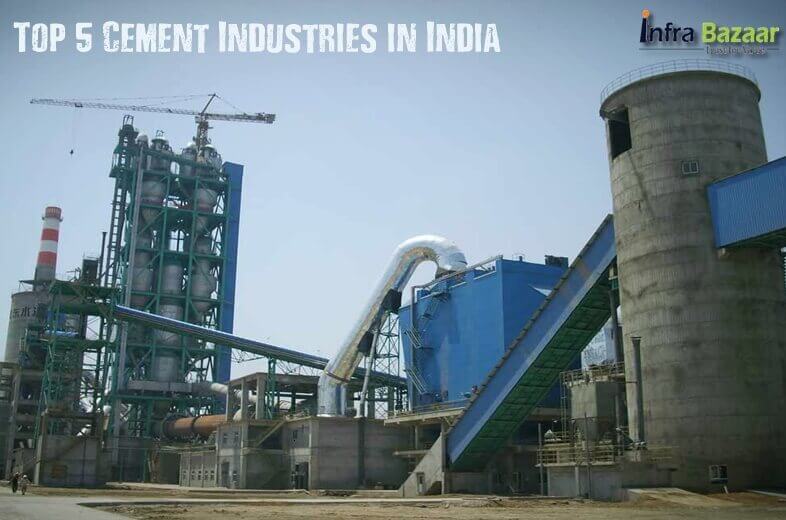 Introduction : India is the second largest producer of cement in the world. India’s cement industry plays a vital role for its economy and it also provides employment to more than a million people, directly or indirectly. Ever since the reorganization in 1982, the Indian cement industry has attracted huge investments from both Indian as well as foreign investors.

UltraTech Cement: Ultratech Cement was incorporated in 2000 as Larsen & Toubro. Later it was demerged and acquired by Grasim and was renamed as Ultra Tech Cement in 2004. Today Ultatech cement  is a part of Aditya Birla group, is the country’s largest exporter of cement clinker. It manufactures and markets Ordinary Portland Cement, Portland Blast Furnace Slag Cement and Portland Pozzalana Cement. It also manufactures ready mix concrete (RMC). It has annual capacity of 64 million tones. This company has been awarded as the Super Brand Status.

Ambuja Cements: Ambuja Cements Ltd, a part of Holcim, is an India-based cement manufacturing company. Holcim is a supplier of cement and aggregates (crushed stone, gravel and sand). Its activities include the manufacture and distribution of cement, and the production, processing and distribution of aggregates, ready-mix concrete and asphalt. It also offers consulting, research, trading, engineering and other services. The Company has five integrated cement manufacturing plants and eight cement grinding units. Its cement capacity is approximately 27.25 million tons. The Company manufactures Portland Pozollana cement.

ACC Cement: ACC Limited is India’s foremost manufacturer of cement and ready mixed concrete with a countrywide network of factories and sales offices. Established in 1936, ACC is acknowledged as a pioneer and trendsetter in cement and concrete technology. The ACC Company manufactures cement, cement plant and refractoriness and other heavy machinery including structural and mid fabrications. ACC Cement is India’s largest and oldest cement company belonging to the Tata group. ACC Cement Company was incorporated at Mumbai.

Ramco Cements Limited: The Ramco Cements Limited is formerly Madras Cements Ltd. Is the flagship company of the Ramco Group, a well known business group of South India and it is head quartered at Chennai. The ramco’s main product company is Portland cement it is manufactured in eight state of the art production facilities that includes incorporated Grinding units and cement plants with present total production capacity of 16.45 MTPA (out of which Satellite Grinding unit’s capacity alone is 4 MTPA).Ramco cements is the fifth largest cement producer in the country.