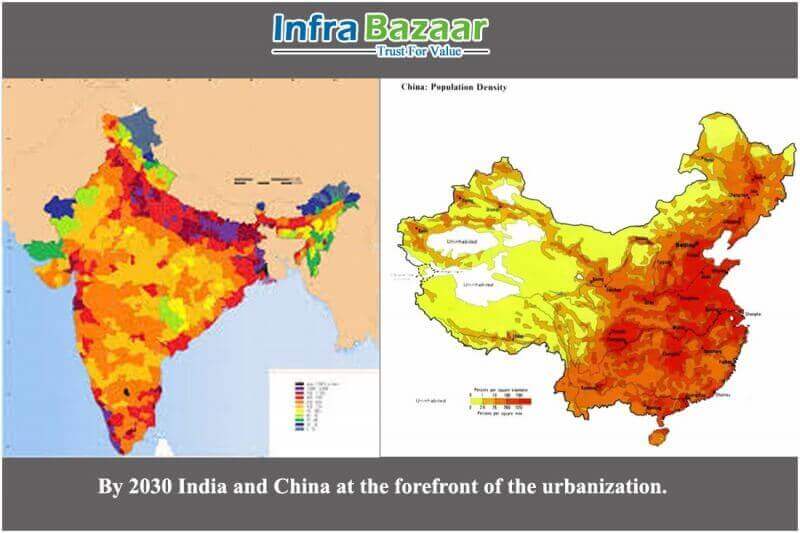 By 2030, the world's urban population will be 1.4 billion larger, with China and India at the forefront of the urbanization wave.

The world's urban population is forecast to grow by about 1.4 billion to 5 billion between 2011 and 2030, with 90% of the increase coming in the emerging markets. It also comes with the opportunities and challenges that urbanization presents with respect to risk management for insurers and governments alike.

Asia and Africa will see the biggest rise in urbanization rates in the coming decades, as well as in urban populations. "It's estimated that China will account for 20%, that's 276 million people, and India for 16% or 218 million people, of the increase in the global urban population between 2011 and 2030," says Amit Kalra, co-author of the sigma report.

A prominent feature of the urbanization will be rapid growth of small and mid-sized cities alongside ongoing development of urban clusters. The number of 'megacities' – those with more than 10 million inhabitants – in the world will rise to 37 from 23 in the same period. Nineteen of these will be in emerging markets, with 13 in China and India combined.

The need to accommodate ever-growing emerging market urban populations will entail huge infrastructure investments, estimated at USD 43 trillion (in 2012 constant dollars) between 2013 and 2030, and yield a projected USD 68 billion in construction cover premiums. The development of urban/industrial clusters and expansion of production facilities will likely drive demand for commercial insurance. The aviation, engineering and liability insurance sectors should also benefit.

Urbanization brings fundamental socio-economic change and a new risk landscape. With higher population density and concentration of assets, towns and cities are more vulnerable to health hazards and prone to large losses should they be hit by natural disaster events.  Furthermore, there is growing recognition amongst policymakers in emerging markets of the importance of providing migrants adequate access to basic needs such as shelter, healthcare and schools.

Recently, more attention has also been given to environmental issues such as air and water pollution. From an implementation perspective, re/insurers can bring their expertise to partner with governments and local municipalities to manage the challenges facing modern cities. Risk transfer to the private sector can be an integral part of city risk management to help alleviate the financial and personal burden that can strike many in the wake of a catastrophic event.

It is important that insurers work with other stakeholders to improve risk coverage to reduce the potential financial burden to governments and individuals arising from natural catastrophes. Reinsurance can also support local insurers in emerging markets manage capital and risk exposure. In order to remain solvent, domestic insurers need to have adequate capital or use reinsurance to be able to cope with large-loss events. Risk adjusted pricing is often a challenge for insurers in emerging markets given poor data quality on historic losses and lack of modeling experience on potential risk exposure.