What are Dams and How to Construct One? 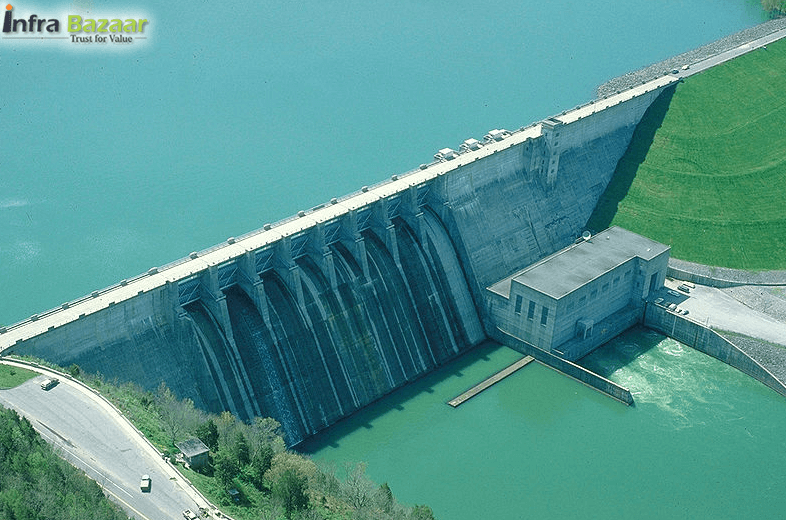 A barrier that holds water or underground streams can be termed as Dams. Dams can be formed by humans, natural causes or even by the intervention of wildlife like the beavers. Man-made dams are typically sorted basis their size, intended purpose and structure. The primary aim behind constructing a Dam is to suppress floods and provide water for activities like generation of Hydro Power, Irrigation, Human Consumption, Industrial use, Aquaculture etc,. Dams generally serve the primary purpose of retaining water, while other structures like the floodgates are used to manage the water flow into specific land regions and distribute them evenly among different locations as required.

The earliest known dam is in Jordan named the Jawa Dam. This was gravity dam and was a 9 mt high and 1 mt wide stone wall, which was supported by a 50 mt wide ramp. The structure is dated back to 3000 BC. The word Dam can be traced back to as early as the 11th century. The first known appearance was made in the Middle Dutch era between 1150-1500 CE, in Amsterdam. The other early dams were known to be constructed in Mesopotamia and the Middle East. The dams were used to control the water level in the Tigris and Euphrates rivers that affected the weather of Mesopotamia.

Based on structure and material used, dams are classified as gravity dams, arch dams, barrages, and embarkment dams.

Gravity dams are the dams that holds on to the ground forcefully at its place against the push of the water by virtue of Earth's gravity. The water presses laterally on the dam, tending to overturn the dam; however, the dam's weight counteracts that force, tending to rotate the dam the other way about its toe. Here the designer should ensure that the weight of the dam outweighs the force of water and wins that contest.

Arch dams are dams that obtain stability by a combination of arch and the gravitational pull. If the upstream face is vertical the entire weight of the dam must be carried to the foundation by gravity and when the upstream face is sloped the distribution is more complicated. While the normal hydrostatic pressure will be distributed, the normal component of the weight of the arch ring may be taken by the arch action.

Barrage dams are special kind of dams that consists of a series of large gates that can be opened or closed to control the amount of water passing through the dam. The gates are set between flanks that are responsible for supporting the water load. Barrages are usually built at the mouths of rivers that prevent tidal incursions and utilize the tidal flow for tidal power.

How to Construct a Dam?

To build a Dam the designers and engineers must take out water from that part of the river valley in which they wish to construct the dam. This is usually achieved by diverting the river through a tunnel. The tunnel is built from one side of the valley at the planned construction area. A series of holes are drilled in the rocks. Drill holes are filled with explosives blasting takes place and rocks broken are then removed. This procedure is repeated many times until the tunnel is completion is done. Diversion of tunnels is often done with concrete.

Work on diverting the river starts usually takes place in summer when the levels of river are low. Heavy equipment is used to build a smaller dams usually referred as cofferdam. This is at the upstream of the main construction area. This acts as a barrier and it causes the river to flow through the diverted tunnel. Another cofferdam is built around the downstream of the main dam site which prevent water from flowing back to the area where construction is taking place. Pumps are used to remove any water that seeps through the cofferdams.

The construction method usually varies and depends on what type of dam is being built. The first stage involves removal of loose rock and rubble through the valley walls and river bed. Concrete-faced rock fill dams require a plinth that has to be constructed around their upstream edge. The plinth is made from concrete and serves as a foundation between the dam and the valley walls and floor. It has an important role to play as it prevents the water leakage around the edges of the dam. Water proofing is done in the area under the plinth by drilling holes and pumping cement grout into cracks in the rock.