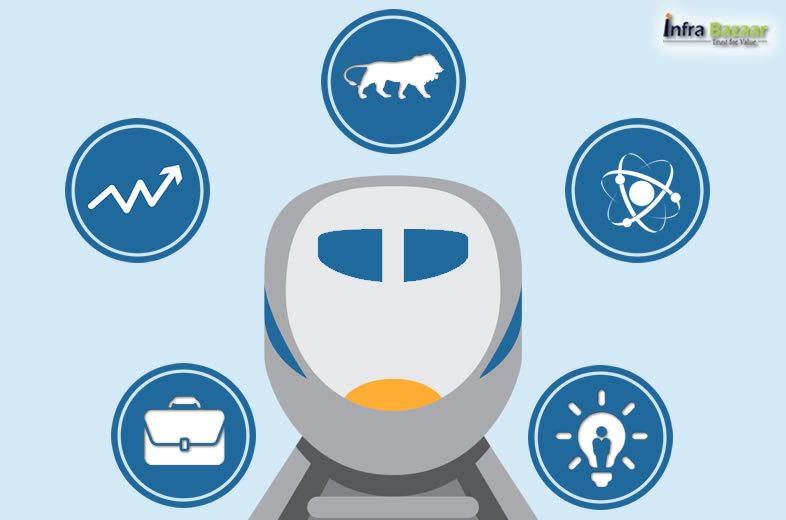 India is a rapidly developing economy with numerous developmental needs. A major component of India’s developmental plan is the upgradation of current rail networks as well as the development of new high speed rail corridors popularly known as bullet trains. The Mumbai – Ahmedabad High Speed Rail project, is a visionary project by the NDA Government which will herald a new era of safety, speed and service for the people, and help Indian Railways become an international leader in scale, speed and skill.

New technology has not always been adopted easily, and has at most times seen resistance. However, history shows us that new technology and advancements are highly beneficial for the country. For example, we see that naysayers had also criticised the start of the Rajdhani Trains in 1968. Even the chairman of the railway board opposed it; such things keep India backward. But today, they are the trains that everyone wishes to travel in.

Another example of when people thought India was not ready for new technology was when the mobile phone was introduced into the market. At the time it was considered to be elitist and expensive with a phone call costing Rs. 16 per min. But today India has the 2nd largest market for mobile phones in the world with almost every Indian owning a mobile.

Similarly, the Bullet Train project will also help Indian Railways revolutionise every passenger’s journey. Here’s how this project will help the nation and Railways grow in many ways:

As per the agreement, the project has ‘Make in India’ & ‘Transfer of technology’ objectives. This is how it will add fuel to the Government’s ‘Make In India’ mission:

Working With A Cutting Edge Technology

Active interactions are already taking place between the industries of India and Japan. The country is getting a cutting-edge technology for the high-speed train project. Here’s how the 50 years old Shinkansen Technology by Japan will uplift the project:

Therefore, with the presence and availability of this technology, India will leapfrog to the cutting edge of latest train developments with passengers able to reach their destination in 2 hours as against the current 7-8 hours by train.

The Bullet Train project will also help the nation boost its economic growth by:

Hon’ble PM Narendra Modi rightly stated that the prestigious bullet train will be a game-changer for the nation, besides being ‘a symbol of New India’ that his government seeks to build by 2022. Here’s how this project will be a major driver in job creations: