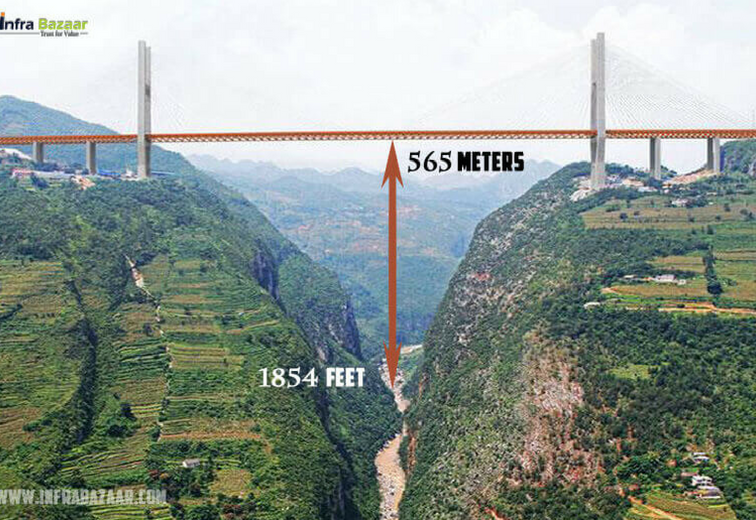 China – The Beipanjiang Bridge that spans a rocky gorge, and sits at 1,854 feet above the River below. Recently the engineers from the China’s mountainous South Western Guizhou province had joined the two edges of the world’s highest bridge on this Saturday (10th Sep’2016). The Beipanjiang Bridge was constructed on two mountains, which are separating the Guizhou province and Yunnan. With this Bridge the two cities were connected, and the transportation was simplified and these two provinces will easily access the Hangzhou, a Chinese hub of the industry and commerce.

A report from the Media saying that, the world’s highest bridge is 24meters’ taller than the New York’s One World Trade Centre, and is approximately twice taller than the Shard in London. Views from the top of the Beipanjiang Bridge to the Down the Earth will give you the feel like you are in Aeroplane.