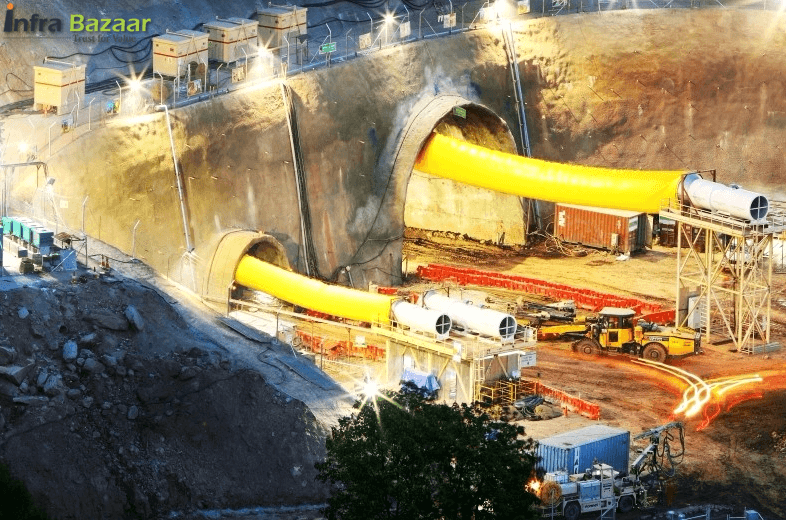 The government has cleared projects worth Rs 12,178 crore including construction of Zojila pass, a 14.1km long two-lane tunnel providing all-weather connectivity to Kargil in Srinagar and Leh in Jammu and Kashmir at the cost of Rs 6,808 crore, it includes the cost of land acquisition. Situated at an altitude of 11,578 feet on Srinagar-Kargil Leh National Highway, Zojila remains closed during winters (December to April) due to heavy snowfall and avalanches cutting off Ladakh.

Zojila pass once constructed it will be the longest all-weather tunnel in Asia. It will also be among the highest mountain passes in the world. Given the history of infiltration from the Pakistani side, this pass would be strategically very important for India as Kargil is a vulnerable sector. Once operational, the tunnel will reduce the travel time from 3 hours to 15 minutes.

The tunnel is being constructed on government-funded engineering procurement and construction model and will be operational in seven years. The government is also building a parallel single lane escape tunnel. IL&FS has placed the lowest bid of Rs 4,899 crore for the construction of the tunnel.

Among the other projects construction of an AIIMS in Bilaspur in Himachal Pradesh has been sanctioned at a cost of Rs 1,351crore. The 750-bed hospital is proposed to be constructed within 48 months.

The CCEA (Cabinet Committee on Economic Affairs) also cleared Rs 5,369-crore Jal Vikas Marg Project (JVMP) for enhanced navigation on the Haldia-Varanasi stretch of National Waterway-1 on Ganga. The project falls in the states of West Bengal, Jharkhand, Bihar and Uttar Pradesh. The project is expected to be completed by March 2023 and will provide an alternative mode of transportation that will be environmentally friendly and cost-effective. It will contribute to bringing down the logistics cost in the country. The project is being funded by the World Bank

National Waterways-1 development and operations will lead to direct employment generation to the tune of 46,000 and indirect employment of 84,000. A majority of them will be generated by vessel construction industry. Government is mulling two multi-modal hubs in Varanasi and Haldia.

Under the new structure of PPP format, developers will be allowed to exit the project after two years of commencement of operations. Cabinet has approved the recommendations and amendments to this model concession agreement to make port projects more investor-friendly.

For procurement of new and Used Heavy machines equipment please visit our website www.infrabazaar.com or Flow our Facebook page business.facebook.com.