Projects worth Rs 1-lakh cr Under Collaboration with Germany 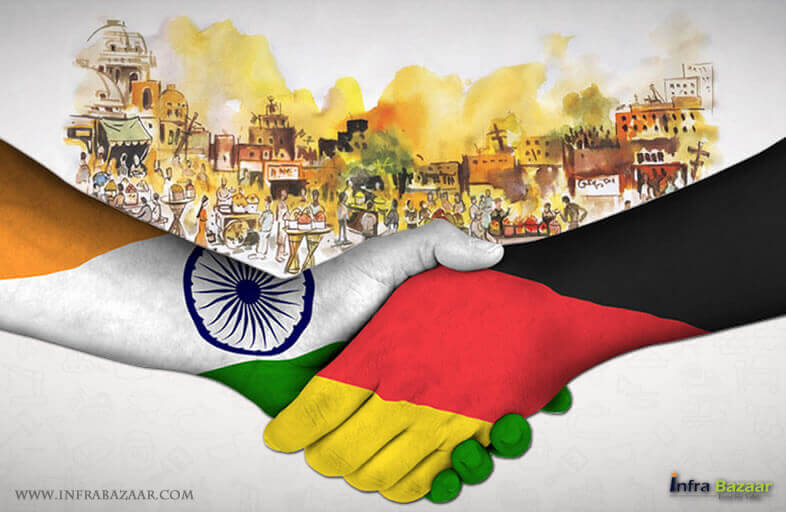 India and Germany are collaborating on projects worth Rs 1 Lakh Crore. The ties have built up to augment India’s infrastructure plans to provide better connectivity to ports, Union Minister Nitin Gadkari today said.

Road Transport, Highways and Shipping Minister Gadkari conveyed that, "We have sought Germany's co-operation in developing our infrastructure and planned out an investment of Rs 1 lakh crore. The investment would help develop infrastructure projects including railways to provide connectivity to our ports and it would be undertaken by Indian Port Rail Corporation Ltd (IPRCL)."

Mr. Gadkari said the companies IPRCL and the German Railways Deutsche Bahn (DB) are collaborating on several areas like connecting ports to railways networks and connecting with waterways and roads. Mr. Gadkari further said the meeting was fruitful and strengthening it further it will help deepen the ties.

Memorandum has been signed between IPRCL and DB during the Maritime India Summit earlier this year. The pact calls for co-operation port rail facilities of Indian ports and on modernization of rail port connectivity.

Last-mile rail connectivity of ports holds significance for efficient evacuation of cargo from ports and to reduce logistics cost. IPRCL has been set up specifically to work in this area.

It was proposed in the meeting to form groups with representatives of IPRCL and DB to identify areas of co-operation and identify potential projects along with implementation of cost effective measures and new rail technologies.

This would help bring in foreign investment and cost effective, environment friendly, innovative technology for the port-rail connectivity projects.